ACCC Conductor Can Reduce Line Losses and Why Everyone Should Care

According to the US Energy Information Administration, the world consumes over 20 Trillion kWh of electricity every year.  Approximately 7% of all electricity generated is lost in the wires used to deliver power (primarily due to conductor resistance), which results in a loss of 1.4 Trillion kWh every year. 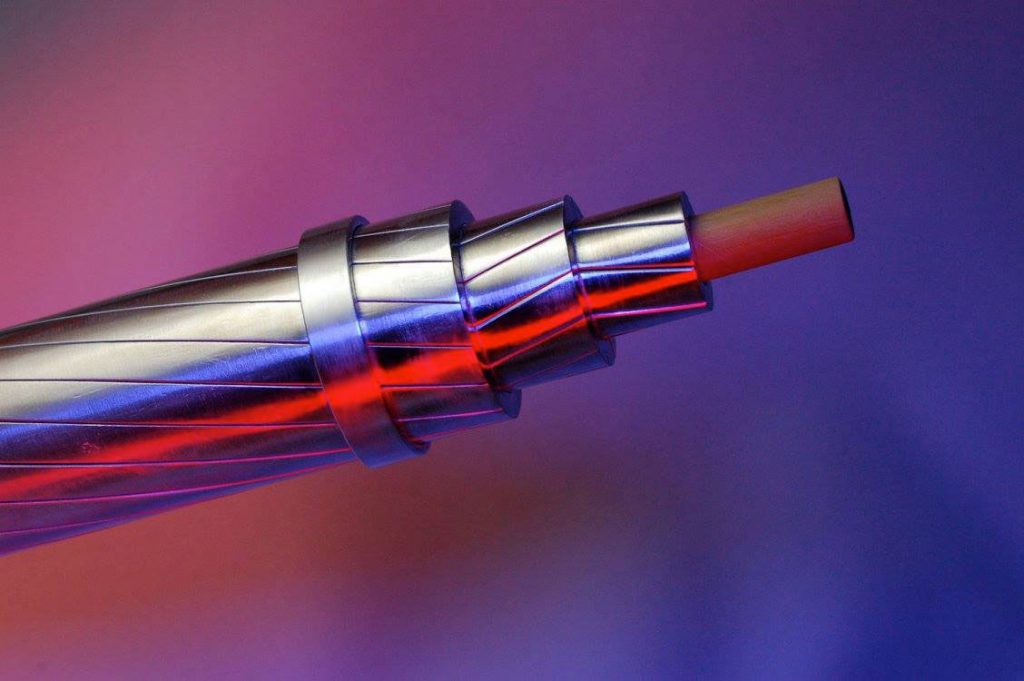 The ACCC conductor, which uses a high-strength, light-weight composite core, allows the incorporation of 28% more aluminum in any given conductor size/diameter without a weight penalty.  The added aluminum content (and quality of the aluminum used) substantially reduces conductor resistance.  Reduced electrical resistance, reduces line losses by 25 to 40% (or more) depending upon electrical load.

In 2005, Hydro One performed a comparison test on a number of conductor types.  During the test, they ran 1,600 amps through “Drake” size conductors to assess their sag characteristics.  The ACCC conductor not only exhibited the least thermal sag (important for safety and reliability), it also ran 60 to 80 degrees C cooler than any of the other equivalent sized conductors tested.  The cooler temperature is a direct reflection of improved efficiency, as less energy is lost to heat.

Minimization of the line losses offers many advantages. Reducing line losses can enable utilities to reduce fuel consumption which can decrease the cost of delivered power, improve profits and, in many cases, help reduce emissions or conserve available resources.  During drought conditions, for instance, conserving hydro resources makes obvious sense. Considering that many utilities have to import fuel from distant suppliers, reducing fuel consumption can impact economics even further.

From another point of view, reducing line losses can improve the overall economics of a renewable resource, as more power can be delivered for the same initial investment. While many renewable projects rely heavily on government subsidies to be economically viable (and  competitive), a reduction in line losses can help substantially.

From a global perspective, if one-third of the 1.2 Trillion kWh of line losses could be reduced by upgrading existing primary lines with ACCC conductor, 400 billion kWh could be saved every year. It is important to note that in many cases the electric grid consists of many arteries, thus when the ACCC conductor is used in one of the connected arteries, it actually lowers the ‘stress’ on interconnected arteries which can help them operate more efficiently as well.

US, the average CO2 emissions from all combined sources including hydro, geothermal, nuclear and solar equate to 1.372 pounds of CO2 per kWh.  Using that value (which is considerably higher in many countries) a 1/3 reduction in line losses would equate to a CO2 emission reduction of nearly 250 million metric tons of CO2 per year.  That is the equivalent of taking nearly 50 million cars off the road.

From an oil-energy perspective, at a Btu conversion efficiency rate of 42%, the energy saved would equate to nearly 2 Billion barrels of oil per year.

Considering that many of our energy sources should be considered finite; the demand for energy continues to grow; that without affordable and reliable electricity no economy in today’s world can flourish; transmission and distribution efficiency really matters.  Bearing in mind the huge investments we have made improving the efficiency of supply side generators and demand side appliances, isn’t it time we consider the grid itself where so much energy is lost in between?

Considering that a 1/3 reduction in line losses would save 400 billion kWh per year, it is also true that the generation currently used to produce those losses could be redirected. Assuming that this generation was operating at 100% capacity all of the time (which it would not), a reduction in line losses the ACCC conductor could offer would equate to building nearly 46,000 Megawatts of new generation.  If you consider that demand and generation fluctuates, the actual generation investment/requirement would be significantly higher.

On a smaller scale, consider a 100 kilometer 220kV transmission line delivering 1,000 peak amps, with a load factor of 53%.  The use of an ACCC conductor compared to a conventional ACSR conductor would save about 20,000 kWh per year.  Assuming a peak load of 1,600 amps (comparing ACCC to ACSS), the savings would increase to about 73,000 kWh.  Converted into generation capacity savings the ACCC conductor would ‘create’ 8 to 28.8 MW of generation.  The numbers add up quickly as the two charts below explain.